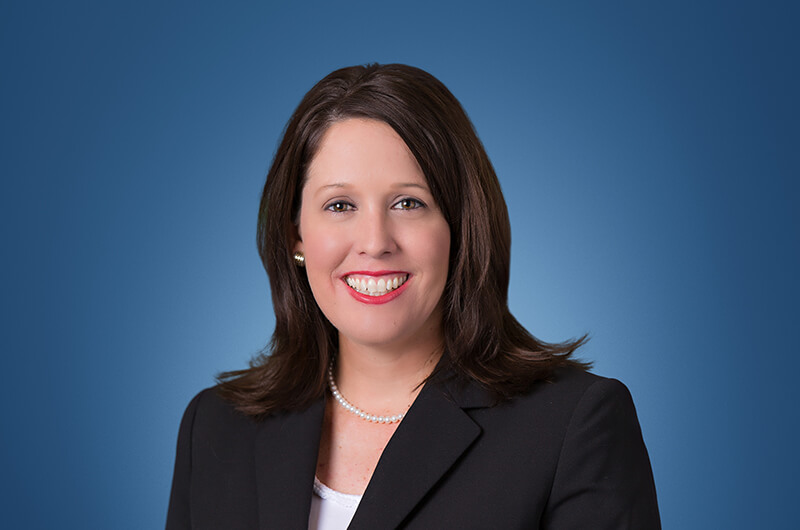 A Florida native, Shane Smith grew up in St. Petersburg. She earned a golf scholarship to attend the University of Notre Dame in Indiana and during her junior and senior year, Shane was the number one golfer, team captain, and most valuable player on the Division I Women’s Varsity Golf Team. Upon graduation from Notre Dame in 2001 with a Bachelor of Arts in economics, Shane pursued a professional golf career and competed on the Futures Golf Tour for three years. Deciding to turn in her putter for a briefcase, Shane enrolled in the Thomas M. Cooley Law School in Lansing, Michigan where she earned her J.D. in 2007. Ready to begin her career back in the Sunshine State, Shane moved to Sarasota where she represented property owners, condominium associations, contractors, and surety companies in construction disputes and construction defect litigation.

In 2013, Shane returned to her roots in the Tampa Bay area and joined Merlin Law Group to assist individuals and business owners whose properties had been devastated by catastrophes. While Shane is based in the firm’s Tampa office, she represents policyholders nationwide in first party property insurance disputes and is licensed in several federal courts.

Shane Smith is not only someone that you would like to have on your golf scramble team — she is also someone you want representing you against a large property insurance carrier that wrongfully denies your claim. Shane understands the preparation, hard work, and perseverance it takes to succeed in first party property insurance disputes, just like she knows what it takes to win on the golf course. For example, Shane greatly contributed to Merlin Law Group’s representation of a commercial property owner in a hard-fought hailstorm trial against travelers in Phoenix, Arizona, where a jury entered a multi-million-dollar verdict in favor of the policyholder after a seven-day trial.

Shane’s strong legal research and writing skills also enhance her representation of policyholders. Along with Chip Merlin, the firm’s founder, she co-authored an article titled Overturning Appraisal Awards for Bias and Seeking Discovery from Appraisers: A Policyholder’s Guide, published by the American Bar Association (ABA) Tort and Insurance Law Section in its Summer 2015 issue of The Brief. Shane was selected as a Super Lawyers Rising Star in 2017 and 2018 in the area of insurance coverage and has earned a BV rating from Martindale-Hubbell.

Shane regularly contributes to Merlin Law Group’s Property Insurance Coverage Law Blog and is available to assist policyholders with questions on their claims.

In her free time, Shane enjoys spending time with family and friends, playing golf, watching Notre Dame football, and relaxing at the beach.