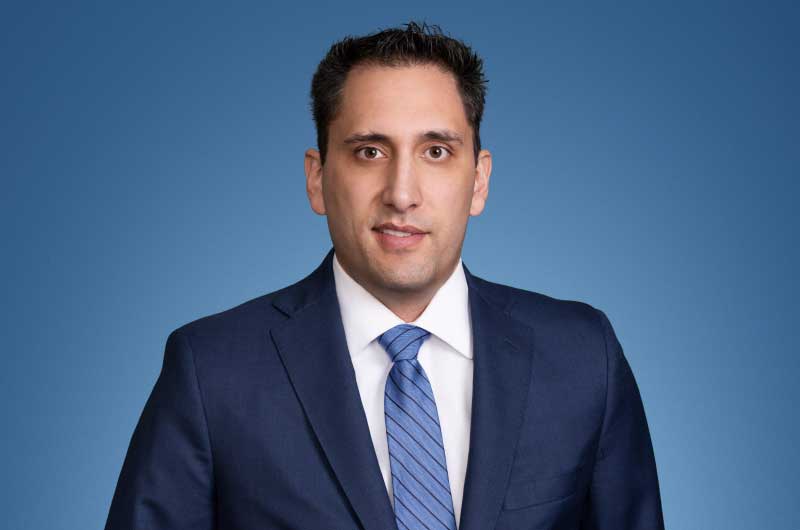 Nathanael Archuleta has been a policyholder advocate since graduating law school. He exclusively trained in this area of law under the direction of Merlin Law alumni David Furtado at Furtado Law PC for the five years prior to joining Merlin Law himself. While at Furtado Law PC, Nathanael helped shape the landscape for insurance bad faith law including on the topics of appraisal, defenses to counterclaims for insurance frauds and legal coverage issues regarding the cost of repairs. Nathanael has represented numerous homeowner associations across the front range against both local and international insurers, and Nathanael believes no fight is too big if you work with the right team. Nathanael believes that insurance policyholder advocacy is the most rewarding area of law to practice in because it requires both a brilliant legal mind and a strong passion to achieve results.

After high school, Nathanael traveled to the Ozarks to attend John Brown University where he studied business administration. After graduation, and due to his dissatisfaction in working at a large corporation, Nathanael went back to school to pursue his dream of becoming an attorney. With the guidance of several undergraduate professors at the University of Northern Colorado, Nathanael focused his efforts in graduating with a second degree in political science: a degree Nathanael considers essential to legal strategies today. After UNC, Nathanael decided to attend the University of Denver Sturm College of Law where he eventually graduated in the top half of his class. Immediately following law school, Nathanael became a policyholder attorney advocate at the firm Speights and Worrich. It was through this experience, that Nathanael found his dream career.

Nathanael also credits his courses in political philosophy with his overall legal strategies in cases today. His favorite political philosopher is Niccolo Machiavelli who once said, “A prince being thus obliged to know well how to act as a beast must imitate the fox and the lion, for the lion cannot protect himself from traps, and the fox cannot defend himself from wolves. One must therefore be a fox to recognize traps, and a lion to frighten wolves.” As a policyholder advocate now, he applies the same rationale towards his adversaries. In the every evolving world of insurance bad faith litigation, Nathanael always keeps apprised of all legal strategies deployed by insurers to underpay claims.