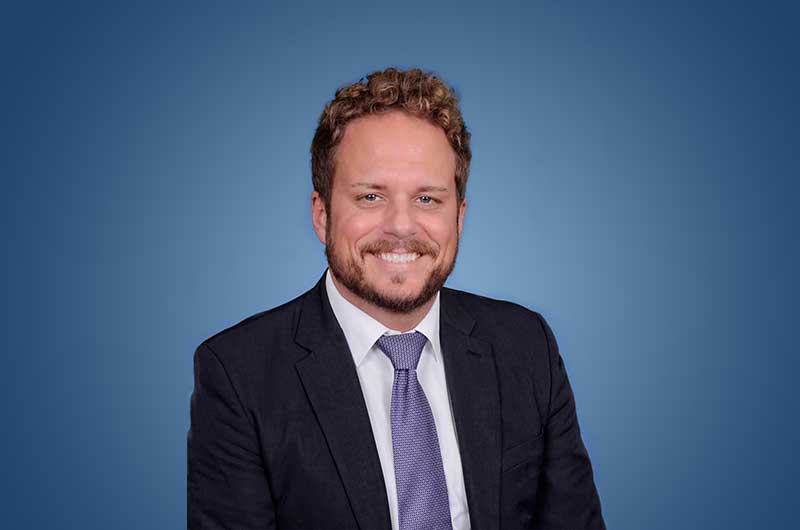 Jeff and his family have firsthand experience with and understand the practical and emotional challenges faced by homeowners and businesses impacted by a disaster, having lost their own home to Hurricane Michael and his wife’s family home to a house fire.  Before entering legal practice, Jeff enjoyed a successful career in the music industry as a professional guitarist, songwriter and publisher in Nashville, Tennessee and Los Angeles, California. Jeff has performed throughout the world alongside award-winning recording artists Deana Carter, Charlie Daniels, Bob Dylan, Keith Urban, Alan Jackson, Brian Wilson of the Beach Boys, Jake Owen, and many others.  Jeff’s original compositions have aired on national radio and television.  As an attorney, Jeff has represented his former musical colleagues in matters relating to recording, publishing, production and management deals.

Jeff graduated with honors from The University of Tennessee College of Law, where he served as an editor on the Tennessee Law Review, University Research Grant Associate, and Mediator for Knox County General Sessions Court. Jeff’s research and writing have been published in the Tennessee Law Review and The Entrepreneurial Law Clinic Handbook, a West publication. Jeff is an active member of his community and has served on several boards and committees for the Florida Bar and other state and local civic entities.  In 2016, Jeff was appointed by Governor Rick Scott to the Judicial Nominating Commission for the 14th Judicial Circuit of Florida. Jeff’s goal is to provide exceptional empathy, value and expertise to his clients in an open and friendly atmosphere.